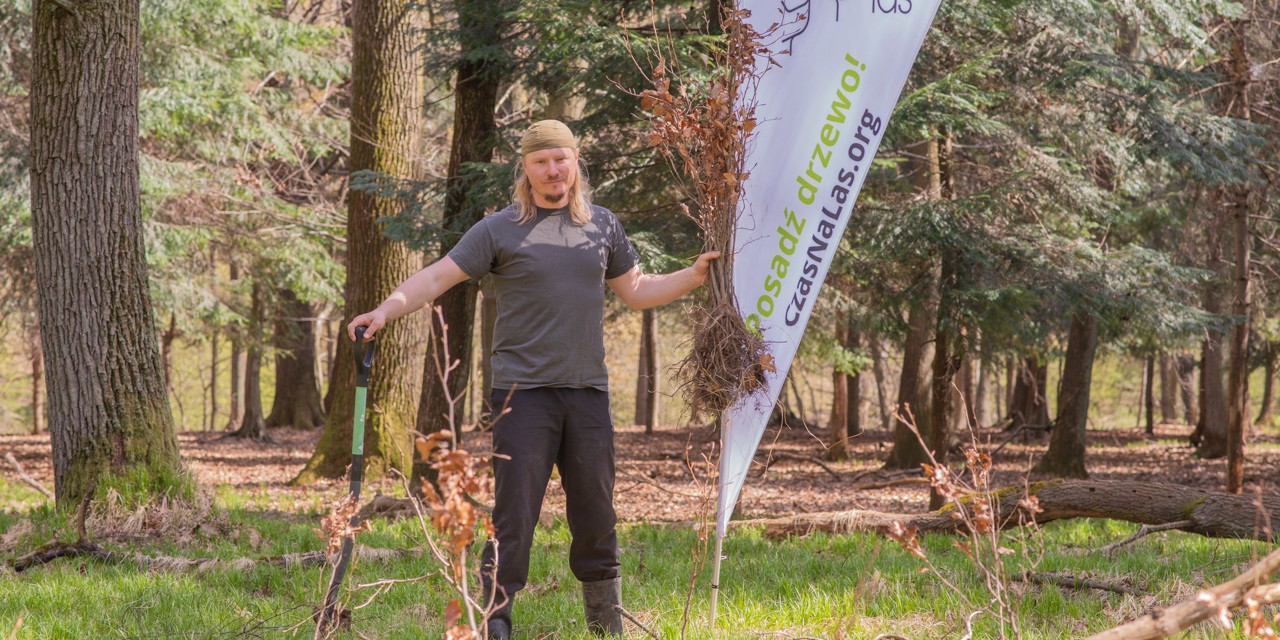 Thanks to the cooperation between our foundation and the Virgo publishing house, 333 new beech trees were planted on the grounds of the Jagiellonian University. The planting campaign on April 14 showed that Virgo is really close to the topic of tree planting.

The donation by Virgo publishing house is related to the publication of the book “Facing the Future. How to Deal with the Existential Crisis in the Face of Climate Threats” with a maximum low carbon footprint. Donation for this purpose was also made by the book’s author Richard Stiegler and translator Alicia Lehrke.

A sunny April day. After many frosty mornings, the Thursday before Christmas surprised us with great weather for planting.

The new planting will allow us to fill in the voids that naturally appear after the previous trees die. By choosing the right species for the habitat, we will prevent the formation of empty spaces. They appear not only due to natural processes, but also due to the actions of insects.

Why is planting trees so important to us?

Polanka Hallera is an area owned by the Jagiellonian University with the character of a protective forest. It’s a mixed complex, both in terms of age and speciese. There are places with proper species composition, which don’t need any help to function properly, but there are also those that do not fit into this environment: pines or larches. They are less resistant to the factors of this environment.

The species that were planted were suggested by Tomasz Jaworski – an employee of Jagiellonian University. He believes that planting the right species has a huge impact on the biodiversity of the region. This benefits pollinators, birds and the entire ecosystem. It also increases retention i.e. the ability to hold water.

Therefore, during the spring planting, we decided that beech trees, considered one of the most beautiful trees in Poland, would be a great choice. Our activities are focused on the future. Thanks to the planting of new trees, when the death of the previous ones occurs, the new ones will not only already be there, but the whole will consist of species natural to this habitat. This will prevent the appearance of empty spaces in the forest area, we will locate make sure new trees are planted in already existing treeless gaps.

We would like to thank Virgo for contributing to the improvement of the ecosystem by planting trees with us as part of the TIME FOR FOREST program.

You can help too!
PLANT YOUR TREE! 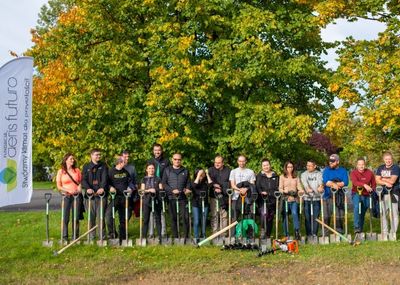 In the beautiful aura of golden Polish autumn, enjoying international company, together with Noark Electric company we planted 26 large trees in Wrocław! NOARK Electric is a global company, engaged in supplying low-voltage electrical components for general...

END_OF_DOCUMENT_TOKEN_TO_BE_REPLACED 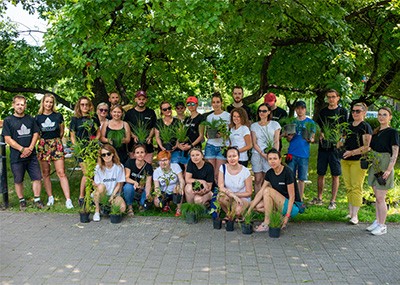 DENTSU POLAND – we planted perennials together

During the campaign, we planted perennials in Warsaw and found time to educate volunteers. This is one of the many ways to make a positive impact on the environment and act as part of corporate social responsibility. This is not the first time we planted in Warsaw....

END_OF_DOCUMENT_TOKEN_TO_BE_REPLACED 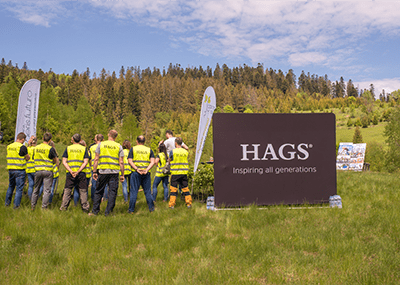 In May 2022, together with employees of HAGS Poland, we planted 200 beech seedlings. We didn't have to convince them of the importance of such action. Motivated, they came to the planting site and together we planted trees in Ujsoły.   Where did we plant the...

END_OF_DOCUMENT_TOKEN_TO_BE_REPLACED

TECHLAND – an ecological battle for the environment

The fight for the environment and climate is not simple. It takes the efforts of many people who care about our planet. Our recent efforts have helped offset 75 tons of carbon dioxide, all thanks to the commitment of Techland employees and volunteers. This is a...

END_OF_DOCUMENT_TOKEN_TO_BE_REPLACED 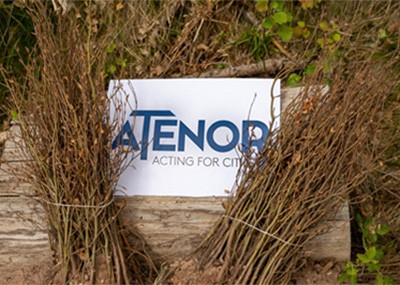 Thanks to cooperation with ATENOR, we were able to plant new trees in the Lewin Kłodzki commune. We planted beech trees – 2022 seedlings, and the action was carried out in May 2022. Lewin Kłodzki is located in the Lower Silesia, Poland. This...

END_OF_DOCUMENT_TOKEN_TO_BE_REPLACED 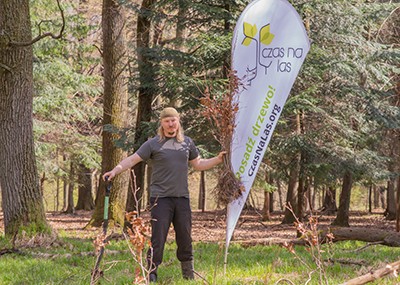 DENTSU POLAND – we planted perennials together

TECHLAND – an ecological battle for the environment